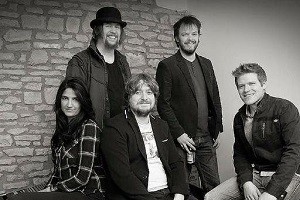 Harpers Ferry made their exmouth debut at our exfest in June and if you’re were here you’ll understand why we just had to get them back for more. We saw them as a three piece band, but on Friday 19th August they will be back bigger and better (if that’s possible) as a five piece band.

This thoroughly modern folk-rock band has pulled from a wide range of influences, but is most intrigued by the story-telling and social commentary that was prevalent in the songwriting of the late 60s/early 70s. Every song has been crafted and arranged with a keen attention to detail. Find out more here www.harpersferryshow.com and join us from 9pm for a special evening of live music.